*WHY? : TO PROMOTE ONE OF THE MOST BEAUTIFUL ANGLING WATERS IN IRELAND
SO THAT THEY ARE MADE AWARE OF THE KEY ISSUES IN DISPUTE*

*WHO IS INVITED: ANYONE WHO WANTS TO LEARN MORE ABOUT THE GWEEBARRA
DISPUTE – *

*Ever since the attempted eviction of the local anglers on the Gweebarra
River was resisted in a campaign that started in 2006, the long running
dispute for angling rights continues to intrigue all who hold their sort
and angling dear to their hearts. *

*The planned and regular angling outing on the Gweebarra river have been
underway since 2006 and the regular members of the DGAF and especially
the local clubs, Rosses Anglers and Fintown Anglers Associations have
led the campaign. *

*Next Sunday morning, July 6^th another gathering will take place to
inform and update all attending, including a delegation from both FISSTA
and TAFI who support this campaign to protect our angling from state
takeovers. *

The Gweebara is a spring salmon river in Co Donegal. It is approximately
sixteen miles long, entering the sea at a village called Doohary. A
famous High Court case was fought in 1906 which resulted in the local
netsmen on the estuary winning the rights to fish from Marquis
Connyngham and Lord Mayo.

Since that time the river has been open to all anglers, providing that
they possessed a State license. In that year the Northern Regional
Fishery Board laid claim to the river and took it into state control,
claiming that it owned all the fishing rights along its’ entire length.
The Board then colluded with a group of people to set up an angling
club, commencing with a small membership of approximately ten people.
This membership was comprised of holiday home owners *and others from
outside the district,*along with the netsmen who fished the estuary. The
elected secretary of this group was not and is not an angler.

Whenever anglers from nearby villages, particularly Fintown and the
Rosses, who had fished the river for decades, applied for membership
they were refused on the basis that they were not within the selected
catchment. The new club signed an agreement with the Fishery Board, in
which it accepted conditions that totally mitigated against local
anglers, even members, in terms of access to the river. For example,
during the spring run period, visiting anglers have 19 rods on the river
on Thur — Sunday; members have 3 rods. The position is reversed on Mon
–Wednesday of each weeek. So if you wish to fish your local river you
most likely have to take days off work. Some anglers who have fished the
river for over 50 years have been refused membership and now have to pay
a daily permit which will increase once this plan is in place.

The clubs within the Donegal Game Angling Federation (DGAF) protested
the moment this agreement, which was negotiated in secret, became known.
In response, the Board immediately imposed a boycott on the new
Federation Committee and has refused to meet with the anglers
representative body for almost three years, ignoring the fact that the
affiliated clubs wrote letters asking that they be represented by the
Federation. In addition the Board refused to issue a copy of the
agreement to the Federation and has also ignored requests from the
Federations’ solicitors to provide evidence of their ownership of the
fishing rights. In actual fact, following the signing of the agreement,
the Board despatched two people around the local landowners, persuading
them to sign over their rights on the river for periods up to ten years.
At a subsequent local meeting with the Board CEO and his staff, the land
owners suggested that the deal should be set aside and a new approach be
adopted. The Fishery Board personnel refused and left the meeting,
stating that ” the agreement stood”.

The anger was such that local anglers defied the Board and protested by
fishing the river without purchasing the new permit and many are being
prosecuted at this point in time. The Chairman of the Federation, at the
behest of the clubs, has made several attempts to engage the Board in
dialogue. All requests were met with silence but instead, in August, the
Board applied to the High Court in Dublin for injunctions against named
anglers and officers of the Federation.

This action by the Board, designed to put the voluntary organisation in
extreme financial difficulty, had to be defended by the Federation. The
High Court judge opened the case by asking had there been any attempt to
resolve this dispute through dialogue at local level. Following the
arguments presented, the Judge *refused to injunct the anglers and
instead he appointed a mediator, *informing both sides that they would
be well advised to use his services or face even further “ruinous costs”.

That is the position that pertains today. Mediation had been accepted by
both sides, something that could have happened three years ago had the
Board not chosen to act in a very undemocratic way and before massive
costs were incurred on both sides. The Federation feels totally
vindicated in that all it ever wanted was the opportunity to present its
case. /*However, that is small consolation in light of the financial
burden that it now faces as their Supreme Court appeal is now underway
to defend an angling right to waters that has been fished for
generations. The national groundwell of support for the Rosses and
Fintown Angling Clubs campaign under the direction of the Donegal Game
Anglers Federation is viewed as a test case by the national federations
of TAFI and FISSTA’s 60,000 strong angling membership to resist the
undemining of our volunteer club management of their own local waters on
every river in Ireland. */ 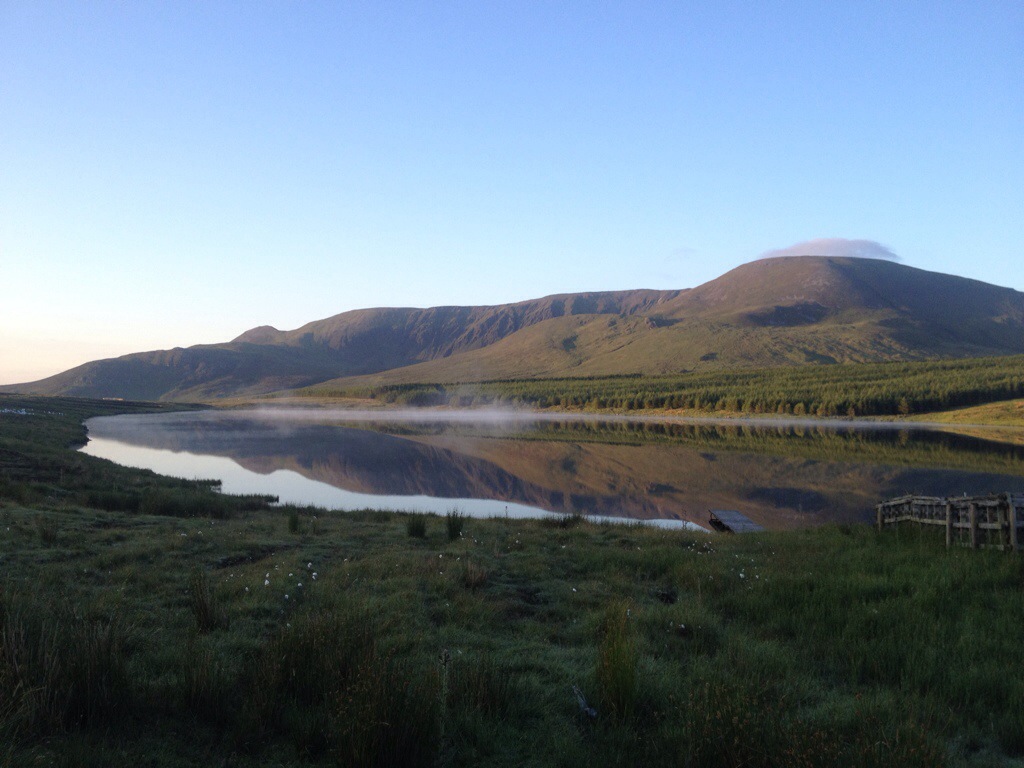