Fissta asked Minister Coveney if he will leave no trace behind in his ten mega fish farm plan as his use of the word “sustainable” has a new and different meaning to what angler stakeholders and food buyers understand. Minister Coveney replied that “I am aware and acknowledge FISSTA’s viewpoint as representing the biggest sport in Ireland. We are looking at aquaculture development in a complete new context where coastal communities are enriched. In the past 5 years to 2013 there was no new licenses issued. Last year I approved 137 and this year up to 200 will be granted”. He did not add that they were shellfish and not salmon farm licenses.
FISSTA spoke to and lobbied the following Government Members today:
An Taoiseach Enda Kenny TD who assured us that no matter what new marine plans are implemented, the wild Atlantic salmon would be protected.

Ministers for wild salmon Pat Rabbite TD and Fergus O’Dowd along with Science minister Sean Sherlock all know what they will face if that wonderful resource called the wild Atlantic salmon are hammered by pollution from fish farming. A good opportunity to lobby even though a major talk keg point was the absence of our wild salmon and seatrout managers IFI from what was a very important day for the Irish marine. 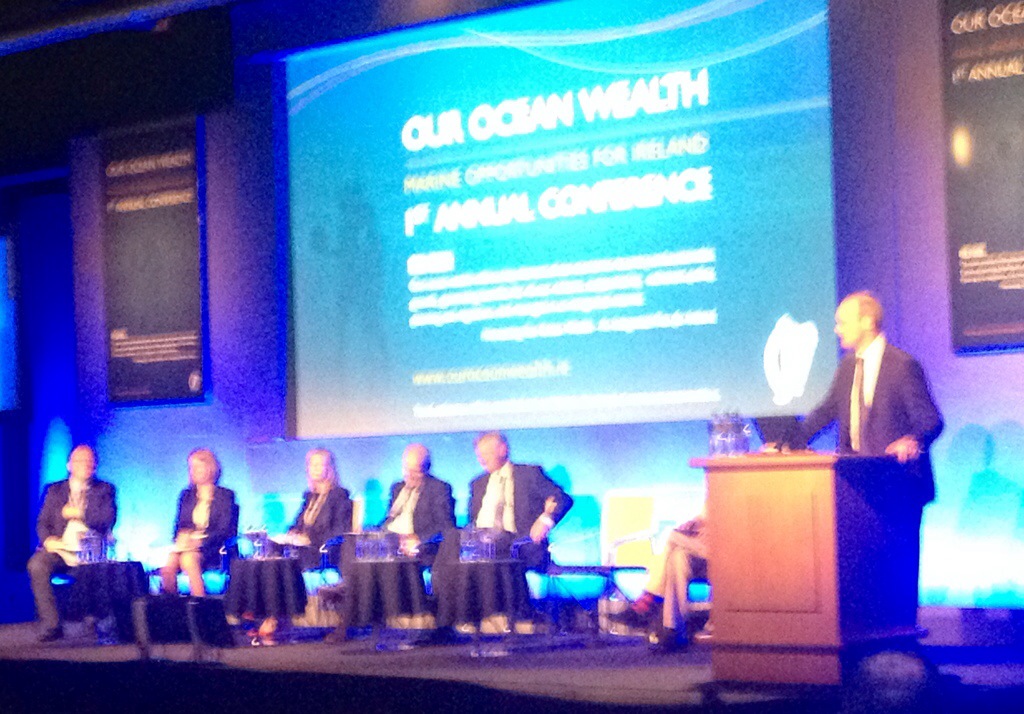