FISSTA wish Donegal FG TD Joe McHugh a fair wind as he has been appointed Junior Minister for Salmon and Seatrout in the Government with what is possibly the longest title of anyone in the country in a senior position.

However, it is likely that most people will refer to him simply as the
Junior Minister for Gaeltacht Affairs and Natural Resources.

The title is one issue but the conflict of the brief is another one entirely as Gaeltacht Affairs and Natural Resources are two different
departments with 2 different line ministers in FG Heather Humphries and Alex White Labour.

He replaces Louth FG TD Fergus O’ Dowd TD who promised to overhaul Inland Fisheries Ireland but time ran out for him. The appointment of the
Carrigart man means Donegal does not lose a Junior Minster as former
Gaeltacht Minister of State Dinny Mc Ginley is replaced by Joe Mc Hugh TD
and the Taoiseach, who knows the vlue of a wife’s good advice, knows it
will keep Laois Offaly FG constituency happy as well. The wife of Joe Mc
Hugh is formerly Ms Olwyn Enright TD who was Enda Kenny’s very efficient
shadow spokesperson for Agriculture in the 2007 -9 period before she left
Leinster House to raise her children in the hills of Donegal.

However, Minister of State Joe Mc Hugh will now need all the good advice he can get to deal with the his brief in protecting the wild Atlantic salmon from the very threats he has promoted during his entire political careeer. He has worked for both commercial netsmen interests and the Marine Harvest global Nowegian salmon farming company in Fanad to develop a minscule amount of jobs at the expense of our wild salmon and seatrout stocks. Sadly, FISSSTA, the Federation of Irish Salmon and Seatrout Angling clubs on 93 salmon rivers of Ireland now await their fate as nothing more than a complete U turn on his present policy will facilitate the full implementation of his new brief. FISSTA and the anglers of Ireland now live and hope that his road to Damascus is a swift and safe one and that the measuring stick of his success or failure will be whether the Ôé¼1
billion angling tourism revenue to this island increases rather than goes
off the cliff under his stewardship. Ends. 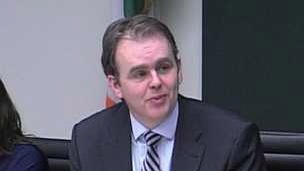