Not much of a Xmas present – Here is what the Minister said yesterday after discussing it with his advisors:

Regulations and bye-laws for management

of the wild salmon fishery in 2014 approved.

Mr Fergus OÔÇÖDowd T.D., Minister of State at the Department of Communications, Energy and Natural Resources, has approved a suite of regulations and bye-laws that will govern the wild salmon fishery in 2014. These will come into effect from Tuesday 1 January 2014.

Minister OÔÇÖDowd saidÔÇ£I am pleased to note that 87 rivers will open for angling activity in 2014. Fifty seven rivers will be fully open while a further 30 will be open for angling on a ÔÇ£catch & releaseÔÇØ basis. This will provide opportunities for commercial fishermen and anglers to share this important resource on a sustainable basis.ÔÇØ

ÔÇ£In 2012 I lowered the cost of fishing licences and I have decided to maintain that price cut for 2014. I am anxious that lower costs will encourage sales of annual licences and incentivise angling tourists to avail of the IrelandÔÇÖs first-class angling productÔÇØ, he added.

Minister O Dowd received management and scientific advice on the current status of Irish salmon stocks from Inland Fisheries Ireland and considered submissions received through the public consultation exercise. Based on this he has introduced conservation measures for the management of the wild salmon and sea trout fishery in 2014.

In all, the Independent Standing Scientific Committee for Salmon (SSCE) assessed 143 rivers and have advised that:-

┬À 57 rivers are open as a surplus of fish has been identified in these rivers;

┬À 30 rivers have been classified as open for angling on a ÔÇ£catch and releaseÔÇØ basis only; and

┬À 56 rivers are closed as they have no surplus of fish available for harvest in them.

The Wild Salmon and Sea Trout Tagging Scheme Regulations for 2014 are in essence unchanged from the Regulations which were introduced for 2013. A number of minor amendments to the Regulations, recommended by Inland Fisheries Ireland, will provide for more effective administration of the tagging scheme regulations in 2014.

Wild Salmon and Sea Trout Tagging Scheme Regulations, 2013 for the 2014 seasonprovide for, among other things, the total allowable catch of fish that can be harvestedby commercial fishing engines and rod and line from identified rivers.

Conservation of Salmon and Sea trout (catch and release) Bye-law No. 914, 2013 provides for catch and release in respect of salmon and sea trout (over 40 cm) in rivers that are meeting at least 65% of their Conservation Limit as mentioned in the Bye-law. The Bye-law also provides for the use of single barbless hooks and prohibits the use of worms as bait in angling for salmon and sea trout over 40 cm.

Conservation of Salmon and Sea trout (closed rivers) Bye-law No. C.S. 316, 2013 prohibits the taking or attempting to take by rod and line salmon and sea trout over 40 cm in the rivers specified in the Bye-law.

This Bye-Law provides for a daily bag limit of 3 sea trout (less than 40 cm in length) and provides for the use of single barbless hooks and prohibits the use of worms as bait once the specified number of sea trout have been caught. 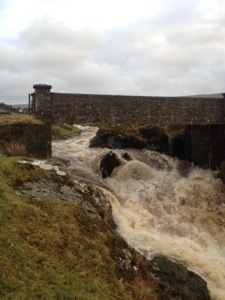